WILD CARD WATCH: A look at the NL West and how it affects the Cardinals

Recently I looked at the powerful NL East, you can find it here: https://stlsportsview.wordpress.com/2013/03/30/wild-card-watch-a-look-at-the-nl-east-and-how-it-affects-the-cardinals/

Now we’re moving out west to the mountains and the ocean blue. To a hitter’s haven in Colorado and to a pitcher’s pet in Petco. Two unrelenting forces colide in the same division. The Giants, D-Backs, and Padres are going to try to pitch they’re way to the playoffs. The Rockies and Dodgers are going to try to slug  they’re way to October. It’s a division filled with talent and big markets. East coast bias? I think not. 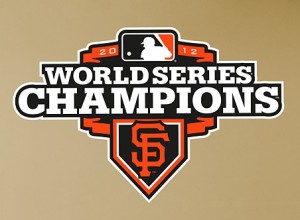 The defending World Champions will bring almost all their pieces back for another run. Will Lincecum figure it out and how will he be used? Will Bumgarner bounce back? The Giants have proved time and time again that it can pitch it’s way to success. Not ever team needs an American League lineup. Across the bay we have the Los Angelos Yankees…er… Dodgers. Acquiring Greinke and Ryu in the offseason adds to the core added at the end of July 2012 of Hanley, Gonzalez, and Beckett. Star power? Sure. Cohesion and chemistry?

It all remains to be seen, but if they run into any mid season problems I have no doubt the owners will pull out the check book to fix it. The Padres have a nice core and plenty of pitching depth. Just most of it hasn’t reached the majors. I don’t see a rotation headed by Edinson Volquez contending seriously. The Rockies have hitters and a ballpark. This team will slug but will Walt Weiss have to seep into desperation again with a 75 pitch limit rotation? The Rockies can say they have the best hitting shortstop in the NL but that’s about it. The D-Backs traded their controversial star in turn for some more “grittiness”, wanting high effort and tough personalities. It’s certainly different and I like the way they play. They will definitely grind out some wins this year.

The Cardinals went 21-15 last year against the NL West. You could argue that the Dodgers and D-Backs have both improved and I expect this to be a tough division. I think only one team  comes out of this division and makes the playoffs. How do you imagine the Dodgers missing the playoffs with all the money they spent? No way the Giants miss the playoffs right? I will continue to say that the Cardinals will need to win the division and knock off the Reds if they want the October ride. It’s VERY crowded at the top of potential great teams with the Reds, Cardinals, Dodgers, Giants, D-Backs, Nationals, Braves and maybe the Phillies. As the season rolls on it will all shake it’s self out and be a really exciting race. Do we really want a repeat of the debacle in Atlanta last year Cardinal fans? This year more than ever it’s important we grab the division title because I’m not sure they’ll be room when it’s all over.